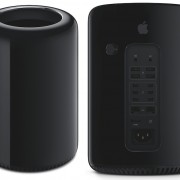 After last year’s non update update, the Mac Pro is getting some real attention. This year Apple has announced a very powerful, very small, and very strange new computer. 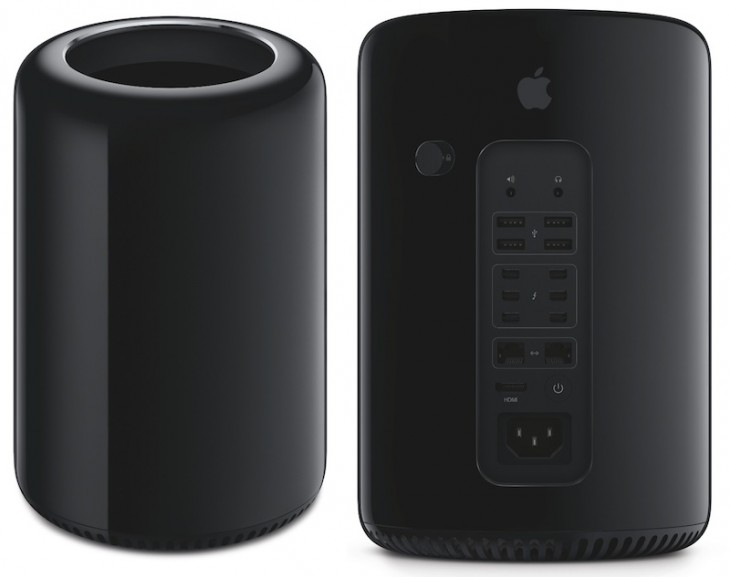 Sure, it’s an “innovative” design. I don’t really even care that it looks like a trash can or a coffee maker. My editing computer is hidden away in a closet anyway. What’s important about this new computer is that it redefines the idea of expandability in a powerhouse computer. 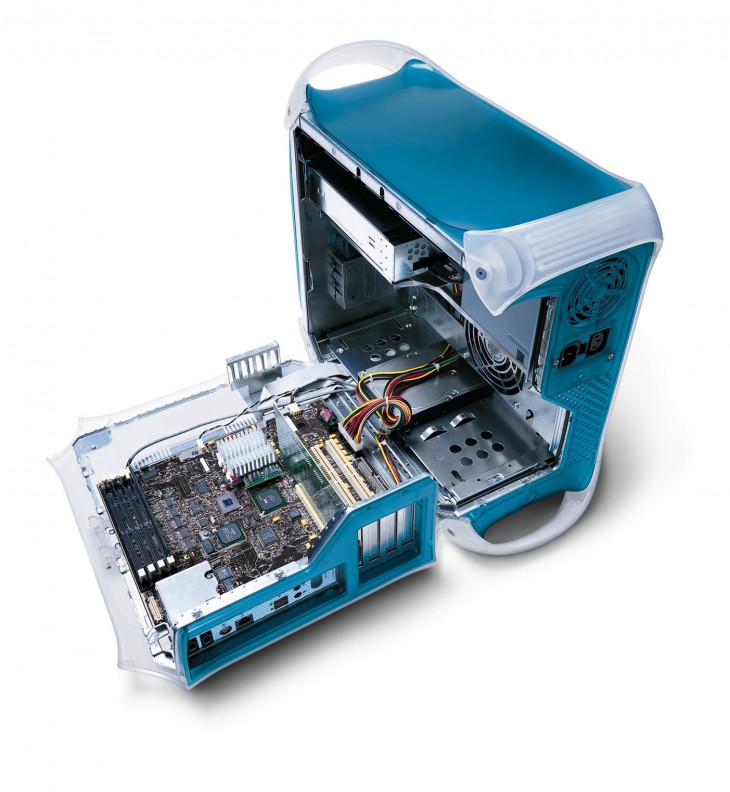 In 1999 the blue-and-white G3s introduced a tab that you could pull to swing the computer open and mess with its guts. Variations of this idea persisted in the G4, G5, and cheese grater Mac Pros. Just like on a generic PC, you could install hard drives, upgrade the RAM, and most importantly, install cards in its expansion slots. Since then there have been a number of other Mac models that offered limited expandability in exchange for “just working.” Those were and are some great computers. I’m writing this on a lovely 27″ iMac in an office full of iMacs and I like it very much. But sometimes you want your computer to do something that can’t be handled without direct access to the brain. Historically expansion cards have provided that power. The new Mac Pro has no slots for expansion cards and no space for SATA drives. What it does have is lots of Thunderbolt ports.

Thunderbolt devices can theoretically handle most of the things that expansion cards always did, but here’s the problem: they don’t do it yet. There are Thunderbolt to PCIe boxes that fill in the gaps in functionality, but they are very expensive. This new computer isn’t coming out for several months, so the world will be a different place by then, but Thunderbolt has been around for over two years and I rarely see Thunderbolt devices in the wild. The absence of Thunderbolt on the old Mac Pros has held the technology back from wide adoption in the professional realm, but the price premium is also a problem. G-RAIDs with Thunderbolt are almost twice as expensive as comparable Firewire/eSATA/USB drives. Glyph doesn’t seem to make any drives with Thunderbolt. The Thunderbolt version of the Blackmagic Intensity is $100 more than the PCIe card.

The only complaint I ever had about the Mac Pros when they were current was that their thick metal cases made them much too heavy. That was usually a problem once per computer: when I took it out of the box and installed it and never moved it again. I certainly opened them up to install cards and hard drives and RAM, but I didn’t have to move them to do it. I and most people I know who use Mac Pros would have been very happy with an upgraded processor, Thunderbolt, USB 3.0, and I guess no Firewire since that seems to be the way things are going. If we’re lucky, this will be like getting rid of floppy drives. It seemed crazy at the time, but then everybody had a CD burner in their Macs and CD-R prices plummeted. Same thing happened with DVDs when Macs all had Superdrives. Now we don’t have any optical storage, and good riddance. Thunderbolt is a very complicated technology and the high prices are not arbitrary. Will removing the option to use anything but Thunderbolt make Thunderbolt devices inexpensive enough to use for everything? I hope so.

I guess the big question is how much this machine will cost. An 8-core Xeon E5 is around $1500 depending on the speed. An AMD FirePro with 6GB of VRAM is $2400. There will be two FirePros in these things. Prices will go down by the time the computer is released, but his will not be a cheap computer.