I have a never-ending need to understand the tools I work with, and the new tools that might help me make movies in better and less expensive ways. It’s why I continue to build my own computers and insist on understanding how to run the Mac OS on those computers. It would be a lot easier, and potentially cheaper to just buy a Mac Pro and be done with it, but for me it’s no fun unless I can get under the hood and tinker with it.

I’ve written before about inexpensive production equipment, but today I’m thinking about something I know a little more about; do-it-yourself post production.

At this point, picture editing is wide open. You can do it any way you want and you don’t have to pay a lot for equipment. To really get the most of your gear though, you should have a good, expandable desktop. iMacs and laptops can hold you back when it comes to finishing a film. Obviously the Mac Pro is the simple choice. I built a system around a quad core Core 2 Duo a few years ago and overclocked it from 2.4 to 3 GHz. It’s served me well, but it’s due for an upgrade. Rendering HD is one of the most processor intensive things you can do, and working on 8 core Nehalems makes me jealous. 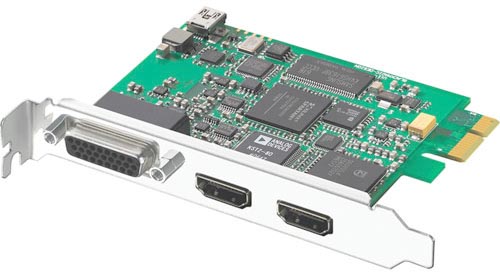 The best piece of equipment I have is a Blackmagic Intensity Pro card, which you can get for less than $200. It outputs almost any kind of HD or SD video you could want. I have it attached via component cables to my trusty 37-inch Panasonic 9UK plasma. It will take any video the Intensity throws at it, including 25 fps formats. Blackmagic has also just released a USB 3.0 Intensity Shuttle which will be great if Apple & Intel get on board with USB 3.0. It would allow laptop or iMac-based video outputs. For now, unless you’re editing on Premiere in Windows 7 and have USB 3.0, stick with the card.

I haven’t worked on a tape-based project in at least a year. If a film is shot on a tapeless format I can take the camera originals, convert them to ProRes, edit the picture, and color correct, all without bringing in an outside vendor. Now, I can tell you that the Panasonic plasma is far from a reference monitor. But there’s perfect, and there’s good enough. If the budget allows, I always go to a professional colorist, but if you’re making an indie film for a few grand, you can’t afford perfect. And if you’re doing the color correct yourself, you can futz around all you want for weeks if that’s something you want to spend your time on. The great thing about Color is that even when I go to a professional colorist (who also uses Color) I can still make a tweak here and there if I see something I don’t like a few weeks later.

Now, what about sound? If you’re making anything you plan to distribute beyond YouTube, you better believe you need a 5.1 mix. You can’t do that in FCP, but you can do it in Soundtrack Pro. You’ll need 6 audio outputs. I’m just starting to investigate the “home 5.1 mix” angle, but I like the look of the M-Audio Fast Track Ultra, which is less than $300, has 8 in and 8 out, and works with Pro Tools M-Powered.

Audio is another situation where you want a good room, and the professional mixers with dedicated equipment have a real edge. But in the do-it-yourself “good enough” range, you can run those 6 outputs to a consumer 5.1 receiver and speaker set. Reducing noise in the room becomes crucial here. You don’t want to find yourself in a quiet theater and hear things that were masked by fan noise in your improvised mixing room.

The moral here is not that you necessarily should do any of this stuff. But you can. You’re not required to make a perfect mix or a perfect color correct. If it looks good to you, it looks good to your audience. A lot of dialogue-driven films will be just fine with a 5.1 mix that puts 90% of the audio in the Center speaker. Some films look fine without any post-production color grading beyond a basic legalization process.

In order to pull this off though, you need good source material. You need a well-shot film with well-recorded audio. You can do a lot with these tools, but don’t force yourself to. Make it easy on yourself by getting it right on set.

And of course, you need to know how to operate all this software to get what you want out of it. You might consider hiring someone like me to do that.

How Much Info Should be in a Job Post? Why Are These People So Angry?
Scroll to top