I still haven’t shot a roll of 16mm on my Bolex Stereo system, but halfway through the (excellent) Toy Story 3D double feature yesterday I realized that I could retrofit my animation project for 3D. I spent today rendering left and right eye versions of the episode that I made almost a year ago. Unfortunately there’s no good way to distribute 3D video online, so we’re stuck with the old anaglyph nightmare. Back when I bought my linear-polarizing glasses for the Bolex Stereo system, I was sent a pair of Dr. Jacoby-style Red/Blue glasses by accident, which has come in handy today. If you happen to have some red/blue glasses, check out Time Travellin’ Episode 1: Robot Overlords (3D version) on YouTube. I recommend using the “Red/Cyan Glasses: Optimized (Dubois)” setting rather than the full color version. It makes things a little easier on the eyes. 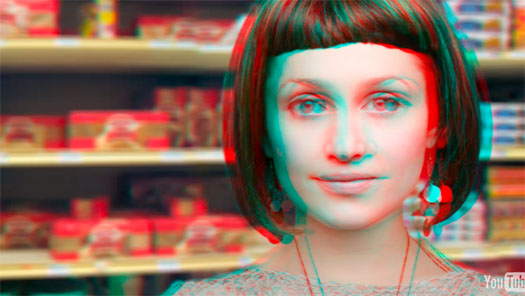 Since I last posted about my Bolex Stereo system, I’ve made a bit of progress getting the whole thing together. I bought an old 16mm projector on E-Bay, which doesn’t quite have the right size lens mount, but the stereo lens fits inside, so I’m sure I can improvise something to make it a snug fit. I bought an ancient Norwood Director light meter on Craigslist, but the sensor seems to be dead. I’m going to try using my digital still camera as a makeshift meter.

I finally figured out how to take the polarizing filters out of the projection lens. It’s in a little metal ring pressed up against the glass. There are small tabs on the inside of the barrell that you can just pull on gently and the whole thing slides out. The filter is severely wrinkled, and is unlikely to work. I’ve ordered a set of linear polarizing filters for 3D projection (and some classy glasses) from Berezin Stereo Photography.

I was under the impression that I needed a split reel less than 400′, but it turns out the split reels I’m used to using were a lot bigger than 400′ (I think they were 1200′) which makes sense since in my head what I’m looking for is just about the size of a 400′ roll of 16mm film. So I’m planning to get one from Motion Picture Enterprises this week. They’re a few blocks from the office I’m editing in these days.

We’re almost there. Next up is actually running some film through the camera. We’ll see how that goes. 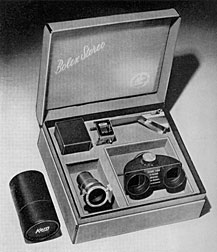