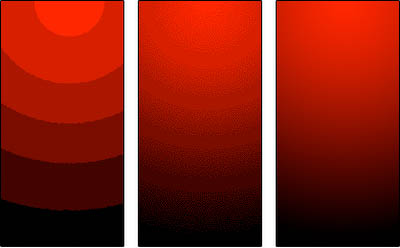 I recently upgraded my editing monitor, since the 13″ Sylvania I bought for $50 in 2002 really wasn’t cutting it anymore. I’d been planning it for years, but since I edit outside of my office so often, I was putting it off until a job came along to will help me pay for it. That never really happened, but I did it anyway. I moved my 37″ 9UK Panasonic professional plasma into my office and mounted it on the wall so it’s not right up in my face and clients can watch it comfortably from the couch. I bought a new 46″ G10 Panasonic consumer plasma for the living room. I only really wanted 42″, but 46″ was barely any more money! It’s huge! It’s also 1080p, and actually has HDMI inputs, so I see a real boost in picture quality for Blu Ray discs. There’s a general consensus around the Internets that the 48hz mode for 24p input causes too much flicker, but I think it looks pretty good on most images. Bright graphics definitely flicker like a PAL CRT though. I’ve only watched a blu ray discs  with it turned on, so we’ll see how I feel about it after more testing.

Anyway, the real point of this is that in the course of my research I stumbled across the latest HDMI marketing gimmick known as Deep Color, which uses 12-bit-per-channel color (36-bit total, or 68.7 billion colors). Now I’m certainly a fan of high quality images, but I had never even heard of 12-bit video. I’ve mastered movies in 10-bit color whenever possible, which I thought was great. I’ve worked with plenty of 8-bit source material, and I’ve seen its limitations, but it still looks really good. There are always going to be people who want more though. And I guess 12-bit color is going to deliver it for us.

But what does this mean for content producers? I certainly don’t anticipate finishing a film in 12-bit color any time soon. A cursory search shows no widely available tape formats that can hold 12-bit color. HDCAM SR only goes to 10-bit. The Red One shoots 12-bit color, as do some other digital cameras, so theoretically a fully tapeless workflow could accommodate 12-bits through the whole process. But then how do you deliver it to consumers? I can’t imagine there are any cable/satellite signals even broadcasting 10-bit. The broadcasting trend seems to be going for lower data rates, not higher. Blu Ray in its current incarnation can’t pull it off, but some future form of digitally distributed media could. However, like cable and satellite, the trend is towards more compression and lower bit rates. 12-bit color files will be HUGE.  I can see where this could be a good thing, but it seems a little like 240hz LCD screens: a higher number that’s just used to justify increased prices.

The Ain’t It Cool News Quote ConHow to Prepare a Film For the Sound Department
Scroll to top
Loading Comments...