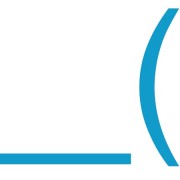 I’ve been hard at work on my WordPress video plugin since I got back from editing Maron season 2 (premieres May 8 on IFC!) in LA a month ago. I finally tackled some things I had been putting off.

First and most important, I internationalized the plugin. When I first started cobbling this plugin together in late 2010 I had a very specific goal in mind, and that was to make it easier for me to post videos with thumbnails. I had a frequent need to show clients work-in-progress videos and I didn’t want to wait for Vimeo to transcode my perfectly good videos, so I used my existing WordPress plugin to share password-protected videos. It always annoyed me that I had to save a thumbnail file and upload it separately if I wanted to have an image show up in the video window so I thought I could save myself some time.

Of course it did not save me any time and since I’ve been working on productions with actual money lately I usually have an assistant who uploads videos to fancy services like DAX. So the plugin became a thing to improve just for the sake of improving it, which led to expanding its scope way beyond what I originally planned.

At this point the plugin has been downloaded over 164,000 times and we can assume that a number of those people are not native English speakers. Over the years I’ve seen those __( 'Some text' ) things in code examples but I never really understood what was going on with them. I had taken a look at the I18n for WordPress Developers page and it kind of baffled me. I had never used the sprintf function before and that seemed complicated. But it’s actually really simple, and when I finally sat down a couple weekends ago and went through the whole program to add those __() things, it wasn’t so much hard as it was incredibly tedious.

But now it’s done, and if you’re interested in translating the plugin, please let me know. I already have Spanish, French, and Danish volunteers.

The other important and actually more tedious issue was adapting the plugin to multisite installations. I had never used WordPress Multisite and I assumed it would just take a little adjustment to fix the problems users had alerted me to. It was not little, and I wish I had never started working on it. If the plugin is network activated, all the individual sites encoding queues are visible on a network encoding queue, and you can set the major FFMPEG settings on a network level. You’re welcome multisiters.

There are a whole bunch of other things, including a re-written gallery pop-up system and the option to use JW Player. Check out the changelog for the full list. And if you have any questions, please create an issue on Github.