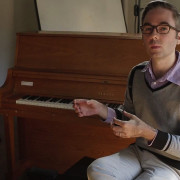 Two years ago Hal Hartley successfully raised completion funds for his film Meanwhile through Kickstarter and now he’s trying to finance a whole film. It’s called Ned Rifle and it’s the third and final film in the Henry Fool trilogy. The script is awesome, and the idea of making three films over nearly 20 years with the same group of characters and actors is wonderful.

Part 2 of the Henry Fool series, Fay Grim, was the first feature film I worked on in the post production department. I was Hal’s assistant editor for Fay Grim and if we raise the necessary funds I will be the editor for Ned Rifle. Here’s a fun video in which I recount some details of the previous films’ plot along with the rest of the crew and the actors who will reprise their roles from the first two films.