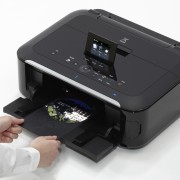 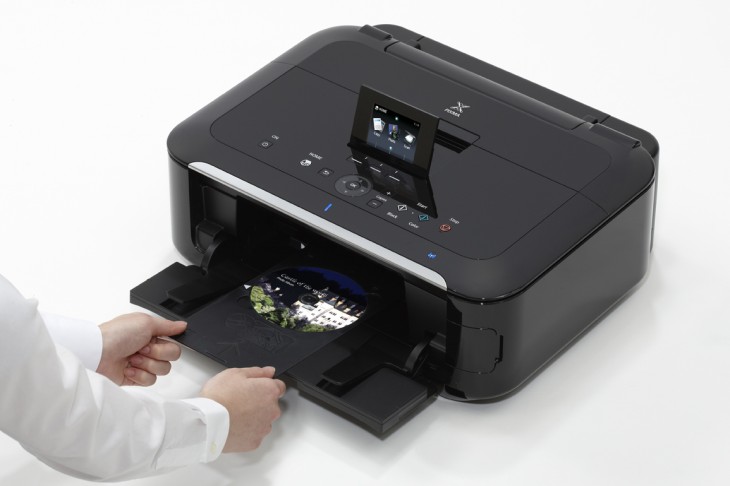 I’ve used Epson Artisan printers for the past six years to print attractive images on the DVDs I burn. I have terrible handwriting, and I think if you have the option you should make a good presentation. I got an Epson Stylus Photo R200 in 2004, and I upgraded to an R280 a couple years ago. I’ve purchased a few hundred Ritek RiData White Inkjet Hub Printable DVD-Rs and had great results both burning and printing on them. I always talk them up whenever I’m working at an office and I usually convince them to buy one, because nothing looks worse than Sharpie scrawl on a disc. It has always been dangerous to put a sticky label on a DVD. It can destabilize the disc, causing playback problems, and there is potential for the label to spin off and damage the player. I use clear slimline DVD cases so I don’t have to print a case insert. Most of my DVDs are temporary anyway, so I don’t worry about how they’ll work without a spine label on a shelf full of DVDs. Standard Blu-Ray cases are translucent and work great without a case insert. I think it’s important to put Blu-Ray discs in blue cases in order to avoid confusion. But of course I’ve had very little need to burn Blu-Ray discs, even though I bought a Blu-Ray burner hoping to get my clients really high-quality versions of their films. I’ve probably burned 5 discs in the past year. It definitely came in handy for screenings where you don’t want to pay a couple hundred bucks to make an HDCAM tape. The trouble is they can’t really be used for general use because you can’t count on the recipient having a Blu-Ray player.

Today I decided to purchase a multifunction printer so I could get a scanner, and maybe a fax too, for the five times a decade I need to fax something. I was pretty sure the only printers that do what I needed were the Epson Artisans, but the Staples salesman pointed me towards the Canon PIXMA MG5320, which scans and prints on discs for only $99! I thought I’d give it a shot. These things are basically disposable considering the ink refill costs, so it’s not a big deal if it turns out to be substandard. And faxing isn’t that important.

I don’t like to use the software that comes with the printer to print on discs because I like to be able to print straight from my design program of choice. Usually that’s Illustrator. For the Epsons I’ve always used Brian Nash’s excellent templates. I couldn’t find a similar one for the Canon PIXMA MG5320. I found an old one for some other Canon printer, but it wasn’t aligned for the current model. I revised it to line up with my printer, and I thought I’d upload it for anyone else who needs a template to print on discs with the MG5320.