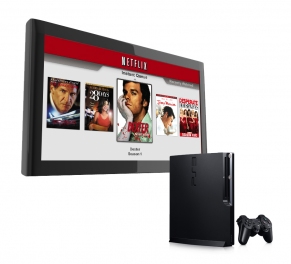 Look, I’m just going to admit this. I don’t use my Blu Ray player very often. Most titles that are available on Blu Ray are large, new releases, and if I wanted to see them I saw them in the theater. I watch a ton of HD TV on my DVR. The indie films that frankly I hardly ever see in theaters anymore (sorry, business I work in, but my TV is awesome and your theaters are a pain in the ass) are almost exclusively available on DVD. I pay the extra money for Netflix to send me Blu Rays, but I only have a handful of Blu Rays in my queue.

But like a lot of Netflix subscribers, I’m getting more and more accustomed to the instant gratification of “Watch Instantly.” The selection is growing, and it’s a wonderful rogues gallery of films nobody wanted enough to tie up with restrictive licenses. We even get movies that have been out of print for years. Hal Hartley’s Trust is only available in the U.S. through Watch Instantly. Unfortunately I don’t have an XBOX 360 or a Roku, but I do have an Internet-enabled TV, and of course the “let’s hope someone comes up with some interesting way to use this” feature BD-Live on my Blu Ray player. So far both the TV and Blu Ray player haven’t gotten much use from their Internet connections. I’ve been hooking up my Macbook Pro to my TV via DVI-HDMI cable and an optical audio cable, but that requires all kinds of plugging and unplugging and doesn’t allow HD streaming through Watch Instantly. Both my TV and Blu Ray player are Panasonic, and neither of them has partnered with Netflix to allow streaming on their devices. And I don’t want to buy another device right now.

Today I learned that Netflix will be sending out special discs to PS3 owners that will enable them to use Watch Instantly through BD Live. Now the obvious question here is: why not my Blu Ray player too? What does that supercomputer PS3 have that my Blu Ray player doesn’t? Well, obviously the large hard drive and massive processing capabilities, but neither of those seem particularly necessary. I have a small amount of storage space available for BD Live material, and my Blu Ray player can obviously handle the processing necessary to play back HD video. Is there a technical limitation here, or is it a business limitation?

Previously Netflix had an exclusive relationship with XBOX 360, so opening it up to the PS3 is a big step. But opening it up to every Blu Ray player would be huge. It would paradoxically create a larger market for Blu Ray players while simultaneously reducing the market for the overpriced discs. Anything that makes it easier to get movies in the hands of consumers (for a fair price) is a good thing.