This is the first in a series of posts I’m planning to write about some things I’ve learned while editing Fay Grim. The process so far has been wonderfully simple and enjoyable and I want to write down the specifics to remind myself how to do it, and maybe to help some other people who stumble across this website.

Today I want to talk about keeping things simple. Fay Grim is a feature film which will be released in theaters, DVD, and on HDNet all at the same time. It cost a few million dollars, it stars Parker Posey and Jeff Goldblum and it’s the sequel to Henry Fool, a fairly well-known and well-liked film. That is to say, it’s not my last movie, which cost $2,000 and was shown at the Coney Island Film Festival. But in both cases I found that I had nearly complete access to everything I needed to make the movie without ever leaving the office, and without hiring dozens of support staff. 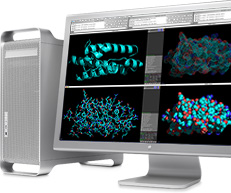 For Fay Grim, the Soho Apple Store generously gave us a dual-processor G5, a 30″ Cinema Display, and a copy of Final Cut Studio.

Because of some unfortunate delays with our shipping company, that system didn’t make it to Berlin in time for the start of production. So the German Apple Store lent us a G5 iMac and another copy of Final Cut Studio, finally appeasing the grudge I’ve held against Apple since I was 10 years old and they abandoned my beloved Apple IIc in favor of the Macintosh.

So I started this project with a lowly iMac. And it gave me no trouble at all. The whole offline edit could have been done on the thing if I was a more patient person than I am. Luckily the tower arrived a few weeks later and it ran quite a bit faster.

The movie was shot on HDCAM at 23.98 using the Sony F900, but I saw no reason to introduce complexity or expense by attempting to edit in anything other than DVCAM.

Sure, there are dozens of options for editing something with higher quality, but I’ve yet to hear a persuasive argument for any of them. FCP edits DVCAM with absolutely no difficulty. And a DSR-11 only costs $1500. Those are very persuasive arguments. END_OF_DOCUMENT_TOKEN_TO_BE_REPLACED

Got all the videos up on YouTube this evening, and they have these great playlists. You can watch all my videos within this one post. It’s pretty neat, although there are definite sync problems with some or all of the clips.

Unfortunately these things don’t always load right, so if you just see white, use this link.

I’ve been in what Tony Snow might call a pre-9/11 mindset lately, what with my finally getting together the Obey Saget project. To go along with my nostalgia trip I’ve also put all of Rev. Tim McIntire and the Temple of Comedy online. It was my first solo project, and I still like parts of it. Whether the movie’s good or not, there are some very funny comedians in it. And some rather unfunny ones. You can watch it here, or on YouTube if you prefer out-of-sync flash videos. And if you enjoy Mr. McIntire, I suggest you buy his new album.