Blog
You are here: Home1 / Blog2 / Commentary3 / A Serious Man Is Absurd 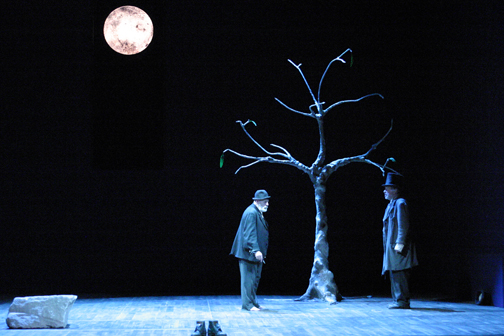 I saw A Serious Man last night, and I can’t say I liked it as much as some of the Coens’ other films, but it certainly is a funny and discussion-provoking movie. I’ve seen some reviewers describe the film as Nihilistic, which is a philosophy I believe the Coens explicitly rejected in The Big Lebowski. The Nihilists in that movie are ridiculous crybabies. Say what you will about the tenets of National Socialism, at least it’s an ethos. I’m not an expert in the philosophic arts, but I think a much more accurate description of the movie—and a term that I don’t see discussed very often these days—is Absurdist. Nihilism rejects the possibility of meaning in the Universe. Absurdism finds it highly unlikely. It’s hard to find humor or drama in an absolute certainty in the meaninglessness of life. In an Absurdist world, the search for meaning behind events is considered absurd, because a person is highly unlikely to find it. That perfectly describes A Serious Man, and pretty much the entire Coen catalog.