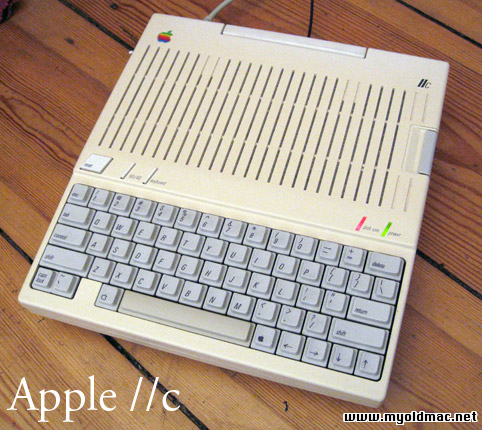 I’m happy to hear that new MacBooks will have Firewire ports. It was a dumb idea to get rid of them in the first place, and Apple seems to have listened to its customers in this case. A concerned customer emailed Steve Jobs last year about the lack of Firewire in the MacBook, and Jobs responded “Actually, all of the new HD camcorders of the past few years use USB 2.” which is patently false. What he was referring to were the  consumer HD cameras that are gaining in popularity, but leaves out HDV, which is also rather popular. What it also leaves out is the vast legacy of firewire cameras still out there, not least of which is the venerable DV camcorder. And what about hard drives? Sure USB 2.0 can hold up fine editing DV, but if you’re planning to edit HD, even if your camcorder uses USB 2.0 for transport, you’re going to want a firewire hard drive while you’re editing.

This argument is old now, and it’s not an issue for people who didn’t buy the sans-firewire Macbooks, but it’s the arrogant attitude of knowing what’s best for people—and dropping legacy support—that drives me crazy. It happened to my beloved Apple II in the early 90s (ok, that one might have been for the best) and now it’s moving into my beloved MacBook Pro.

Apparently the new MacBook Pros don’t have any expansion slots. The old G4 PowerBooks had PC Card slots, like everyone else. Those were great, and were awesome for P2 card loading. Then the MacBook Pro went for the ExpressCard, which meant I need a slightly dodgy adapter for P2 card loading, but still works great. And if I ever did any work with SxS cards, they would work without an adapter. But now the MacBook Pros have a……. SD card slot?

The only word for this is downgrade. SD cards are media storage devices. Sure, they’re very popular, but you can get a USB SD card reader for $6 at Newegg. You know what you can’t get at Newegg? A direct connection to the PCI-Express bus. That means you can’t put in an additional Firewire bus for peripherals that require a dedicated bus, and you can’t get eSATA.

I’m sure there are lots of uses I’m not thinking of, but the point of giving direct access to the PCI-Express bus is that developers can come up with any crazy thing they want to and get some serious speed. Do you know what you can do with an SD Card slot? You can put SD cards in it. Sure the 17″ still has an ExpressCard slot, but have you ever picked one of those things up? They’re monsters. They’re about as portable as my Apple IIc was (it had a handle). If I wanted something that didn’t fit in my laptop bag and weighed a ton, I’d carry around my desktop computer. Who is Apple to tell me I’ll be fine without ExpressCards? I want options!

And finally I want to complain about those charming John Hodgman/Justin Long ads. I think they’re really well made, and Hodgman is a blast, but this idea that Windows-based computers constantly crash, and Macs are impervious to lock-ups is ludicrous. On a bad day I can get Final Cut Pro to crash 10 or 15 times (that’s on a real Mac Pro, not my hackintosh. The hackintosh tends to be very stable). I’m sick of the false idea that Macs are perfect and worth the extra cost because they’re more stable, and Windows is cheap and you get what you pay for. I think this is the worst one:

Are there “Meghans” out there who are looking for “fast processors” and are disappointed by the speed of new PCs? My girlfriend just bought a netbook that’s significantly faster than her old Thinkpad, which did everything she needed already, but has a bad battery and weighs a lot more. Computers these days are incredibly fast as long as you’re not an FPS-obsessed gamer (who is going to buy a PC anyway) or a FPS-obsessed HD video editor (who is going to need a Mac).

And let’s talk about Vista. I installed it recently, and it runs great. It’s a lot better than the barely-alive XP install I had after I tried to upgrade to SP 3. The only problem I’ve had so far is a deadbeat peripheral-maker who hasn’t made a 64-bit driver for my firewire audio interface. I’m fine using my soundcard though. I only really use the interface with Mac apps. And I understand it’s tough getting everyone on the 64-bit bandwagon. Has Apple released a real 64-bit operating system yet?

A Quick Note to Anyone Posting on Craigslist Looking for an EditorBlu Ray Gets Worse
Scroll to top
Loading Comments...