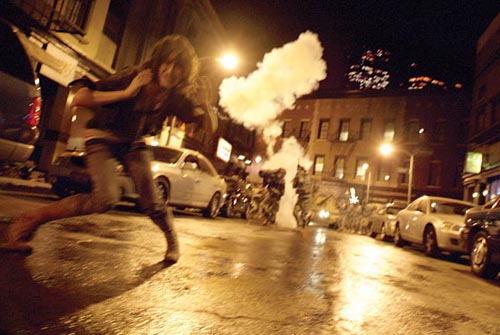 Like many other people, I saw Cloverfield last weekend. And I got really queasy. The handheld video was unbearably shaky. The movie was pretty good, even if it required a lot of suspension of disbelief. It’s funny how we’ll accept that a giant monster from the sea would attack NYC with no provocation, but not that a human can walk from Spring St to 59th St in 15 minutes.

But what really made me think was this motion-sickness thing. I saw The Blair Witch Project when it came out, and I didn’t have any trouble with the shaky-cam. I didn’t like the movie, but that was because it was awful. Am I more susceptible to motion sickness now that I’m older? Why is that? Google hasn’t been much help. Apparently motion sickness peaks when you’re around 10. But I read books in the car all the time when I was young. 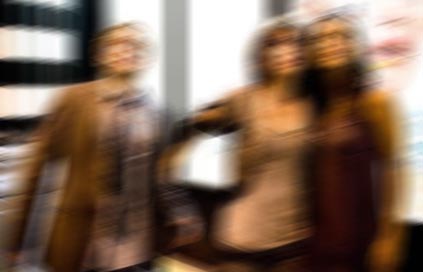 My big question was, in a film designed for sensory assault, is it OK to induce nausea in the audience in addition to the usual increased heart rate? I’m going to have to say no. A movie can be a lot of things, but vomit comet should not be one of them. It’s definitely possible to shoot a film from a first-person perspective without tossing the camera around. Just watch any Ross McElwee movie. Of course, Ross never has to deal with giant sea-creatures in his movies (except in the upcoming “Gojira’s March”) so he tends to have a pretty steady hand, but the point is, shakiness is not required for a sense of immediacy and reality.

Here’s my dream script for the beginning of a first-person horror movie: