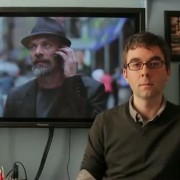 We reached our goal 20 days ago, but that doesn’t mean you can’t still pre-order the DVD of Hal Hartley’s new film Meanwhile through Kickstarter. The campaign ends in 12 hours. And for free you can see these two cool videos made by Aleks Gezentsvey and featuring me!

This one’s about the radical, inexpensive editing process:

And this one’s about the music in Meanwhile. 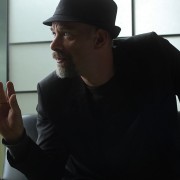 My good friend, marriage officiant, alleged Indie Film Legend, and frequent employer Hal Hartley just started a Kickstarter campaign to raise money to finish his film Meanwhile. In addition to being a big fan of Hal’s movies, I edited Meanwhile, and I am very excited to see it get a chance to go out in the world. It started its life as a short feature, and kept getting shorter as we pared it down to its essential elements. For a while we thought it was a TV pilot, but sadly the world is still not ready for a Hal Hartley TV show. There isn’t really space in the traditional distribution system for a movie like this, so Hal has decided to take it to the people.

For only $25 you can pre-order the limited edition DVD of Meanwhile. It’s a great deal. You get to support a truly unique and independent filmmaker and at the same time you get to take home a copy of a terrific movie. It also will help support me, since I edited the movie for free, and I only get paid if the movie makes any money.

And here’s the trailer for Meanwhile: